Much like Alex Crisafulli, who wrote today’s series preview, I too am a fan of the Chicago White Sox. An entire side of my family grew up in the suburbs outside of Chicago, and all of them were White Sox fans. As a youth that didn’t mean a lot to me, but it did afford me the opportunity to get a double helping of Cubs hate growing up.

It took on extra meaning when my grandfather died in 2016 and the franchise sent a signed Frank Thomas hat and ball, along with a personalized letter from the Community Relations department. Maybe it’s something they do for a lot of grieving families, but it meant a lot to me. So now I own a few White Sox hats, one of which I’ve worn enough to be mistaken for a Sox fan on a few occasions.

Still though, the White Sox are not the Cardinals, therefore they must be vanquished. That shouldn’t be too much of an ask for the Cardinals, especially with a good-so-far Michael Wacha going up against a bad James Shields and a great-so-far Carlos Martinez matching up with an also bad Lucas Giolito.

Here are the lineups.

Yoan Moncada (and a group of other players who don’t matter right now) traded sox with Chris Sale back in December 2016, the confirmed start of Chicago’s rebuild that has since netted them a lot of really exciting prospects. Moncada is undoubtedly the most exciting, and he’s already been worth 1.3 fWAR on this young season. So, yeah, he’s pretty damn good.

He kicked off this game with a 107 MPH single off Wacha and made it all the way to third on an Abreu groundout and a past ball. Fortunately, Wacha was able to work around that and a 2-out walk by striking out Nick Delmonico on a really nice changeup.

Good thing too, because noted stabbing victim Tommy Pham took “Big Game James” for a ride to start the home half.

Being ahead after one inning is always better than playing catch up.

Wacha gave up another hard single, this time to Adam Engel after an 11-pitch battle, but took advantage of an American League pitcher to avoid any real trouble. He ended the inning at 42 pitches (mostly because of the aforementioned Engel at-bat), but at this point he wasn’t missing a lot of bats. Far too many lineouts and first pitch balls for me to feel comfortable. Three soft groundouts later, we’re moving to the third.

The most interesting thing that happened this inning was that my cat jumped on my lap and started swatting my hands as I typed. As a long time dog person, it’s nice to know that every stereotype about cats is 100% true. Every single one.

Yoan Moncada led off the inning with an infield single, though he’s called out based on the replay (he wasn’t). It was a really nice play by Carpenter, and he’s rewarded for it even though Moncada was probably safe. Manager Rick Renteria wisely realized his luck and decided not to challenge an eerily similar the next at-bat from Tim Anderson. Wacha worked around two singles by getting a fly out from Delmonico. Again, no damage, but way too many pitches.

James Shields, however, was not throwing too many pitches, only 33 after 2 innings. Wong did his part by working a seven pitch at-bat before flying out to center field. Wacha followed with his own can-of-corn to right before Pham struck out after being ahead 3-0.

A quick note: Matt Carpenter is almost certainly hurt, right? Shrugging your right shoulder every two seconds is never a sign of, “My shoulder is fine, thank you for asking, in fact it’s never felt better!” I can’t think it’s affecting his hitting too much as evidenced by his .405 wxOBA, but it can’t be long before it becomes a bigger issue than it already is. Maybe a DL stint wouldn’t be the worst idea in the world, especially if Jedd Gyorko keeps demanding time with his bat.

A quicker side note: Spare me any more Rick Horton games, Fox Sports Midwest, I beg you.

Wacha should be thankful to the spritely feet of Marcell Ozuna for saving him from a double or triple, especially after Wacha walked the next two batters (real-time thought: Horton may be beside himself at the 0 runs Wacha has given up so far, but I think he’s actually been pretty bad. He doesn’t seem to have a grip on any of his off speed stuff, and his location is all over the place. He’s lucky the White Sox are bad.)

Wacha was able to put Shields down on strikes, but Trayce Thompson took third on a failed pickoff attempt at first. Just a few pitches later, Engel stole second, leaving the fate of this inning in the hands of the Yoan Moncada. He promptly deposited a bloop double past a sliding Ozuna, scoring both runners. Tim Anderson missed a bad pitch on an infield pop-up, and I audibly groaned at the thought of another inning of Wacha.

Matt Carpenter, who struck out looking to lead off the bottom half, scolded D.J. Reyburn for the following call which… 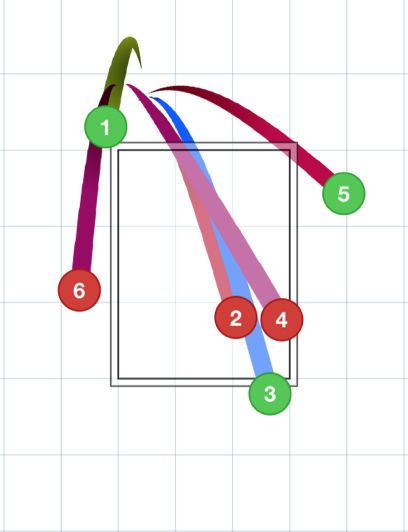 I mean, he’s right. But the curse of being a Matt Carpenter fan is knowing he’s going to take those pitches about 90% of the time, while they’re going to be called a strike more often than not so ¯\_(ツ)_/¯

While Martinez and Ozuna went quietly, Danny Mac and Rick Horton waxed annoying about the possibility of the DH in the National League, even adding in some commentary from Andy Van Slyke! I’ll let you guess where they all stand on the issue.

As I guessed, Wacha re-entered the game against the heart of the White Sox order, and before I could even finish typing this sentence, he blazed through a 9-pitch inning. Funny how that works.

Still, the Cardinals went just about as fast, with a Paul DeJong warning tracker the only thing breaking up the monotony.

If I didn’t work overnights, this is where I’d probably start drinking.

Wacha’s night ends with a Game Score of 51. That’s probably better than he deserved as, again, I thought he had a pretty rough night. He was pretty lucky to only limit the damage to 2 runs.

Luke Gregerson took over and quickly dispatched three White Sox by the way of two strikeouts and a groundout. The denizens of Busch Stadium probably didn’t notice because they were too busy doing the wave. On a related note, fire the wave into the sun.

Kolten Wong broke a 15-up-15-down streak for Shields with an infield single that beat the shift, but revived it in a sense by being caught stealing on a Greg Garcia strikeout. Tommy Pham lined out to end the inning and, for the first time in many, many moons, someone other than a Padres or White Sox fan muttered aloud, “God, we have to get James Shields out of this game.”

Jordan Hicks took over for Gregerson which, honestly, I’m OK with. Hicks probably needs to be back in the minors at this point, but with Gregerson and Holland having been pumpkins to this point, I don’t have an issue with keeping up a kid who has electric stuff. He breezed through a quick inning, taking a brief pit stop to reclaim his “fastest pitch in baseball” moniker with a 102 MPH fastball in a walk to Tim Anderson.

Matt Carpenter Double Alert™! With the 2011 Tampa Bay Rays MVP safely removed from the game, Marp roped a double into the right field corner. The Best Hitter In Baseball barreled a liner to right-center – reminder, there’s currently a 64-point difference between Martinez’s wxOBA (.440) and his wOBA (.374) – and Carpenter made it about 179 feet to home before being tagged out on an Ozuna fielder’s choice to first base.

Because this game sucks tremendously, Ozuna made it all the way to third on a stolen base and Molina infield single before Fowler popped out weakly to left.

Dominic Leone entered the game, capping a rare, “Jordan-Hicks-didn’t-get-overused,” outing and, despite a looper single into left by Delmonico, retired the Sox in judicious order.

During the half inning, the FSMW broadcast spent a lot of time focused on the recovery of Danny Farquhar. I don’t really have a lot to say about it, because really what is there to say? If you’re a praying sort, you pray. If you’re not, you hope he recovers. Rick Horton, not the most nuanced thinker on the broadcast team, had a nice moment where he accurately captured the difficult feelings of Farquhar’s teammates. You want to reach out and make your support known, but you also want to make sure you give your teammate some space to recover from a very complex injury. How do you find the balance? I like the humanity that seeps into baseball, and kudos to the team for bringing it to what has been an absolutely soul-sucking game so far.

Paul DeJong walked to begin the inning and was subsequently moved to second on a Kolten Wong sac bunt, effectively decreasing the amount of expected runs the Cardinals would score this inning.

Because this game sucks tremendously (Pt. 2), Gyorko walked to bring up Pham, who grounded into a double play. Have I mentioned that I’d like to be drinking right about now?

Who cares what the Sox did? Let’s get to the bottom of the 9th!

I wrote a lot about Matt Carpenter in this recap, specifically about how I think he’s probably hurt, but also about how his wxOBA says he should be getting better results.

Wait… do you feel that? It’s the winds of change.

I’m honestly so confused about Carpenter. He looks good at the plate, and is currently one of the unluckiest SOB’s in baseball when it comes to batted ball results. But, like, his right shoulder is definitely hurt, right? I don’t know. Who cares? Dingers!

The Best Hitter In Baseball struck out unceremoniously before Marcell Ozuna, himself a very unlucky batter this year, came within inches of ending the game. Instead, he settled for a double off the bullpen, sending future first-ballot Hall of Famer Yadier Molina to the plate.

Because this game ruled tremendously, the Cardinals are walking away with a win they maybe don’t deserve. But as our founder so aptly noted:

Cardinals get a win. White Sox get a loss. Win-win situation for the teams in their goals for the season. Glad it worked out in the end. #stlcards