The Brewers keep winning and the Cardinals are trying to keep up in the wild card race. The Dodgers and Diamondbacks are right on their heels. I’m eager to see a victory after a tough loss last night.

The Tigers are celebrating their 1968 World Series title over the Cardinals by wearing throwback uniforms, and will wear grey this evening. It’s a 50 year anniversary, but these are the most plain road unis I’ve ever seen. The Cardinals, however, haven’t changed their look much since the dominant days of Bob Gibson. We looked sharp even back then. 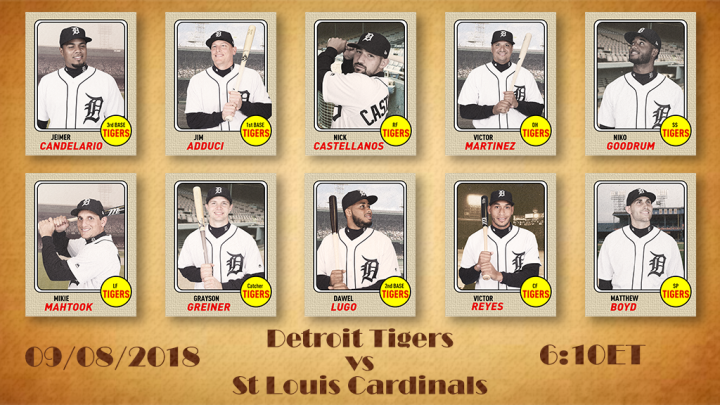 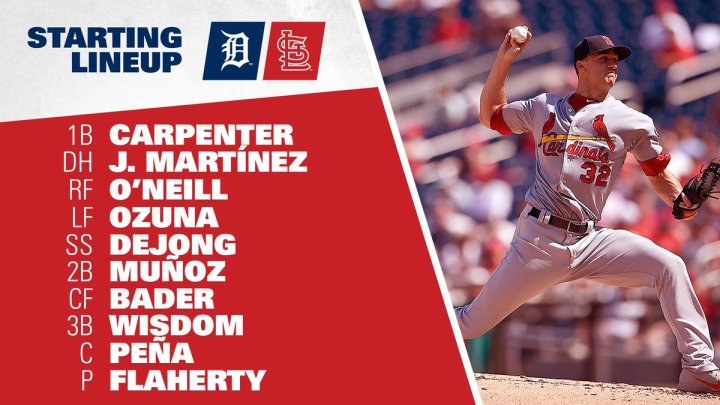 “In the first 4+ weeks of new dugout regime, Cardinals’ hitters had lowest strikeout rate in NL. Over last two weeks, Cards have highest K rate in NL (25.2%) And striking out like mad early at Detroit tonight.”

Silent, lifeless offense, until the eighth

For the second consecutive night, the Tigers walked it off in the ninth. This time, it came on a wild pitch from closer Bud Norris. It went like this – error, walk, sac bunt, intentional walk, wild pitch. Tigers win.

I was about the focus this recap on the Cardinals striking out too much. Then the 9th inning happened. Matt ‘It’s Gotta be the salsa’ Carpenter reached on an infield single. The first baseman couldn’t get the ball out of his glove.  Martinez and O’Neill both struck out and it seemed like it was over. With two outs, Marcell Ozuna tied the game with a two-run homer to left. It’s like Marcell spoke these words out loud, ‘we look like we have nothing to offer but you’re never out of it until that final strike. I believe in this team.’

“The Cardinals have come back from the dead!” goes Danny Mac.

The momentum shifted in the Cardinals favor but unfortunately, not for long. The temporary hope had vanished once the Tigers loaded the bases.

Norris struggled with command and the walks continue to be his biggest issue. It’s a serious problem for the pen as a whole. While the loss doesn’t fall solely on him, Carson Kelly has to make an attempt to block that wild pitch, rather than than a backhand try. He knows better. I can’t wait to see Yadi back in the lineup.

The Cardinals just lost a series to a team under .500 in heartbreaking fashion. September has simply been a frustrating month thus far. Have a short memory. Let’s avoid the sweep tomorrow.